Since When Did It Become “en vogue” To Be Politically Incorrect?

The titles of the increasing amount of blogs, online communities and forums that call themselves “politically incorrect”, or “heretic”, or “against the mainstream” seem to suggest that they are somehow more bad-ass and controversial than what else can generally be found in the media. A closer look, however, usually reveals that they are just trying really hard to denounce everything left-wing progressive thought has been fighting for for the last forty years.

Political correctness were the buzzwords of the New Left rhetoric during the 1970’s. Politically correct language meant talking about topics in a way that took into consideration the sensibilities of particular groups of people that were often ignored, marginalized, belittled or degraded in the political discourse. Examples of politically correct speech include gender neutral speech, not using the N-word, not referring to people as retarded, and all other means necessary to minimize people taking offense.

Feminism in particular has taken a special interest in political correctness since the theories of Derrida and Lacan revealed the importance and all-encompassing relevance of language as a crucial determinant of all of our lives. Post-structuralist feminists found that language cannot be thought outside of the power structures that generate it, and thus it is inherently a male construct that determines which things we consider male or female, normal or deviant, and which in turn we connote positively or negatively. Gender-neutral speech was a way of lessening the problem, as well as increasing the visibility of minorities that were previously ignored or subsumed under the default person: a white, heterosexual, able-bodied man.

Naturally, political correctness is not without its discontents. To use it appropriately can be complicated and long-winded. In fact, there are no distinct rules for the perfect use of politically correct speech. These are guidelines that are in constant flux and dispute, making it an easy target for anyone who is traditional-minded and reactionary.

It seems to me (and I could be wrong) that people who rail against Politically Correct speech are those who do not want to have to be polite or civil to folks different from them. They see nothing wrong with using the language they grew up with or that they’ve come to use. They do not care if the language they use is hurtful to others because, after all, the most important thing is that they get to do what they want when they want. This is the prevailing attitude of people with privilege.

Political correctness and what it stands for are often misunderstood, not just as being in line with the leading ideology, but as being in line with the ideology that one doesn’t like. That’s why Sarah Palin finds nothing contradictory with getting upset about the “lamestream media” trying to “shut her up”, while at the same time complaining at length about a politician’s use of the word “retarded”.

Europe, too, has its own heroes of political incorrectness: Nicolas Sarkozy thinks women’s rights are not that important (except when it’s about protecting women from the burqa, of course), David Willetts blames feminism for widening the poverty gap, and Marine Le Pen, Thilo Sarrazin and the likes blame Muslim immigrants for, well, pretty much everything. These individuals pose as provocateurs and are being praised for their seemingly controversial statements by their sizeable following, online and off. Finally someone says it how it really is! Finally a slap in the face of the establishment! Or is it? Alfie Kohn writes in the Huffington Post:

To classify something as PC isn’t just to say that one would prefer not to deal with it. It implies that what might be called a liberal sensibility represents the conventional wisdom (of which the challenger is attempting to remind us). I’d argue that exactly the opposite is true: Our political system and the norms of our culture are largely built on an edifice of conservative beliefs regarding power, tradition, religion, and nationalism, many of them invisible to us precisely because they’re so widely and uncritically unaccepted.

Being politically incorrect is nothing but a way to ensure self-confirmation, to feel special and extraordinarily brave, when really all they do is repeat the same polemic bullshit that’s already well-established in mainstream opinion. I wish the “lamestream media” would shut them up already, but sadly their voices are being heard loud and clear. And any attempt at criticism is being denounced as limiting our freedom of speech.

No one is trying to take away your freedom of speech! Political correctness is not censorship. There are hardly any laws that prevent you from saying whatever is on your mind. I just don’t see the positive effect of getting into everyone’s faces just because you can. But when you think you have to call out “p.c. lies” and claim to call things what they really are, be sure to apply this to yourself as well. When you state that Muslims are stupid, you’re not being politically incorrect. You’re being a racist.

Posted on March 15, 2011 | Comments Off on Europe’s Refugee Crisis Tightens As North Africa Remains In Turmoil
While the world is looking towards Japan, holding its breath, it is imperative not to neglect everything else that is going on in the world right now. Most importantly, we should not forget to keep up to date with the situation in North Africa, where Tunisia and Egypt are going through crucial transformation processes and Lybia, Bahrain and Yemen are still engaged in protests and civil wars.
Since attention has shifted away from these states, the ruling dictators of Lybia and Bahrain have surreptitiously restored some of their power by taking back cities from the rebels and crushing the protests with violence and intimidation. This has prompted more and more Lybians and migrant workers living in Lybia to leave the country and flee to the liberated Egypt and Tunisia. Tunisia and Egypt, unable to cope with this refugee crisis in their current state, try to funnel the displaced people towards Europe. Since December thousands of people have arrived on the Italian island Lampedusa, waiting to be allowed to move on to other countries where they have friends and family and hope to find work.
So far the European nations have left it up to the Mediterranean states to deal with the refugees, a policy which has lead to scandalous humanitarian crises, such as the situation of refugees in Greece. The affected countries have tried to deal with this burden in their own ways, by suggesting to build a wall to keep out unwanted immigrants, funding questionable agencies such as Frontex to do the dirty work, or settling for shady agreements with North African governments (for example: Italy had an agreement with Ghadafi to keep migrants bottled up in Lybia, which has now been suspended).
France has already warned that it won’t accept any of the migrant workers that don’t qualify as refugees. Yesterday Marine Le Pen, head of France’s right-wing party Front National and strong political contender, visited Lampedusa in order “to observe Europe’s frontline in illegal immigration”. She ended up telling the immigrants that they were not welcome in Europe, and suggested that they should not even be allowed to ever set foot on European soil. Instead of trying to find acceptable solutions to this crisis, Le Pen is eager to shift the responsibility away from Europe to nations that are even less equipped to deal with it. This ignorance and arrogance is dangerous and inhumane, and it is heartbreaking to see how this attitude has become more and more mainstream in Western Europe.
The truth is: political turmoil like what we’re seeing in North Africa right now will continue. Natural (and man-made) disasters like that of Japan will happen. Being a born European citizen is not a right, it is a privilege. Europe cannot look away. We have to be ready and face the problem head-on. One thing is for sure: National leaders claiming that multiculturalism has failed is not an answer. Restricting immigrants’ lives is not an answer. Populist right-wing rhetoric is not an answer. We all should ask ourselves how we want to live our lives: in solidarity or in shame? 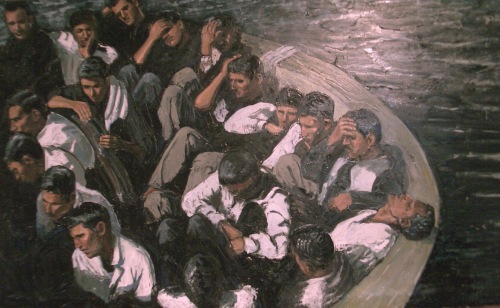 Here is why we celebrate:

The feminist revolution has come to the Middle East.

Women’s reproductive rights improve in Nepal. In the United States not so much.

And here is why we need to keep on fighting:

The war on women’s reproductive rights is a war on all women’s rights.

Marine Le Pen may win the presidential election in 2012. A woman at the top doesn’t necessarily make for a more just society.

Circa 80 percent of the world’s refugees are women and children.

There is so much going on in the world at the moment; I can hardly keep up with it.

Tunisia is having a revolution. 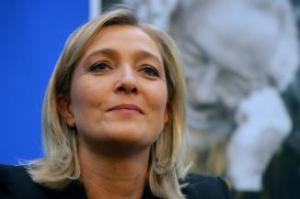 Marine Le Pen is the new leader of France’s far-right party Front National. The daughter of Jean-Marie Le Pen, the party’s former leader, is supposed to soften and modernize the party’s image to attract younger and more moderate voters: “What we’re likely to see, as in other countries, is an openness towards women, women’s issues and towards homosexuals.” Strangely enough, this does not comfort me at all.

Arizona Representative Gifford’s condition is improving. The recently re-elected Democrat was shot during a public appearance in Tucson, Arizona. The gunman fired at several other people, killing six.

The New York Times has an article on the emergence of Male Studies (not to be confused with Men’s Studies):

The male studies people […] are what their critics call “essentialists” and believe that male behavior is in large part biologically determined. Men think and act differently from how women think and act because that’s how evolution shaped them. In the most extreme formulations of essentialism, men are basically still Neanderthals: violent, clannish, sexually voracious and in need of female domestication. (McGrath, NYT, 2011)

Thanks, but no thanks.

Comments Off on News- and Blogwatch